The Complete Guide To Web Fonts in Email 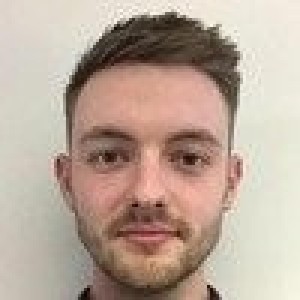 When you buy a new computer it will always come pre-installed with a certain number of fonts that are considered to be “web safe”. Often Arial, Times New Roman, Georgia, Courier, and Verdana are set as the default fonts for many devices and operating systems. Meaning that when you send out an email formatted in one of those fonts, your device will automatically recognise the font and render it without issue.

But as web design has become more complex, so have fonts. With the introduction of various graphic design programs like Adobe Illustrator and Photoshop, new fonts are being created at an alarming rate – particularly ones that mimic handwriting or are designed for certain industries such as fashion or cooking. The problem is that many devices don’t recognise these new fonts meaning your message will render in a default font instead.

The solution is for designers to use web fonts. These fonts don’t have to be pre-installed on a computer or mobile device as they are delivered to a user alongside the email message and should automatically render on any device or operating system. And since web font files can be quite large, some of these services also include an automatic compression service that will reduce their size so you don’t have to worry about sending out emails that are too large.

Which fonts can I use in email?

If you’re wondering which fonts are widely available for email use, there’s a handy list from Hostinger, here are some of my favourites:

A major concern about using web fonts is if they are supported by different email clients. You don’t want to spend time crafting a beautiful email only to have it ruined by the wrong fonts rendering in the recipients inbox.

If someone opens your email whilst using a web-font in Gmail, the render will likely be instant and perfect no matter which fonts you decide to use. But what if they don’t use that specific email client you have optimised for? You should have backup fonts (e.g Arial) ready for just in case their email client doesn’t support the font you have used.

What are the advantages of web fonts in email?

Web fonts in email allow you to set your own unique style and brand, without relying on the limited library of web safe fonts.

The sheer volume of emails being sent each year is massive, and this is predicted to carry on growing according to Statista.

Make sure your emails both stand out from the crowd, but also remain consistent across all devices they are viewed on.

What are some disadvantages of web fonts in email?

This is because web fonts are only downloaded when they’re needed by the device viewing them – meaning that you may need to have backup fonts ready for just in case their email client doesn’t support the font.

There are many web font hosting services. These include:

But if the hosting service drops for any reason, you will have no control over what happens.

Web fonts are a great way to make your email stand out from the crowd and give it personality. But they do have their disadvantages, so be sure you’re aware of them before deciding whether or not web fonts for emails is right for you.

Get Our Latest Email Marketing Insights Delivered Right To Your Inbox Every Week!

It’s almost a given that you need an email list to grow your business. But do you know what the first step is? You need a lead magnet. A good lead magnet will help you create more leads and new customers faster than any other marketing tactic, but it can be hard to find one that stands out from the rest of the noise on the internet. That’s why we created this blog post: to give you some ideas for creating a powerful lead magnet with ease.

7 Creative Ways to Use Exit-Intent Pop-ups

If you’re a marketer or business owner, you know it’s often difficult to get someone onto your website. Once they’ve made the leap and clicked on your site, it can be even harder to keep them engaged with what you have to offer. Exit-intent pop-ups are one of the most creative ways marketers can use technology to increase engagement from potential customers.

If the emails are going to spam folders instead of inboxes, then there is a problem! In this blog post, we will discuss six reasons why an email can go to spam instead of the inbox so that you can avoid these mistakes in the future. Follow these tips, and you’ll be on your way to building trust and rapport with your customer base through effective communication via email.